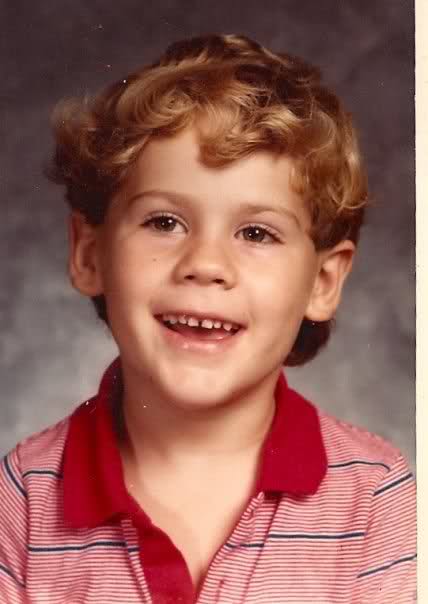 Last night on ‘Addicted to Food,’ our eight addicts were sent back to the playground. Metaphorically speaking, of course. Trotting up in her golf cart, now iconic, Tennie McCarty informs the group that today’s exercise will be a childhood meditation. A regression, or a debriefing as Tennie put it. The point was to visualize what their lives were like when they were young. I had to look this up…

WIKIPEDIA describes AGE REGRESSION THERAPY as: a controversial aspect of a number of therapies. In hypnotherapy the term describes a process in which the patient returns to an earlier stage of life in order to explore a memory or to get in touch with some difficult-to-access aspect of their personality. Age progression is sometimes employed in hypnotherapy as well, allowing the patient to project themselves forward to see a desired outcome or the consequences of their current destructive behavior.

One by one, Tennie guided the eight back to their childhoods. When the pain began to surface I noticed how they all started to tense up, kinking the hose. “Hold on to the pain, hold on to it.” Tennie gently whispered into their ears. Once they decided to let go of their fears and trusted her guidance, they began to embrace the pain. That’s when the truth began to flow. As we watched them regress back to the horrors of their childhood, we didn’t speak, we didn’t pause, we didn’t eat, we just listened. Jenna and Johnny cried together, I on the other hand crawled into my safe little shell. I hate to cry in public. As soon as the show was over I grabbed my things, jumped into my car (all Dukes of Hazard like) as if Boss Hog himself was chasing me. I couldn’t even get the key into the door I was sobbing so hard. A memory had surfaced, a memory that had always brought me shame, a memory I had hoped to forget.

My mother re-married in 1990 to a man she met in AA, shortly after she divorced from my father. He was a great man that nurtured my appreciation for style, art, music and pop culture. Unbeknownst to my mother, we’d play hookie from work and school then sneak to the mall. At Dillards, he would teach me the importance of looking good. “If you have two men with the same qualifications, applying for the same job, the one that’s dressed better is going to get it!” He would explain as we perused the pastel pique Polo shirts in Ralph Lauren. Oh, how he loved, Polo. On Sunday mornings we would watch CNN together, first gadgets of the future, then Style with Elsa Klensch. We agreed that Versace was too ostentatious and that Calvin Klein and Michael Kors had it going on. Mom would make pancakes with peanut butter, creamy not crunchy, bacon and maple syrup. I treasure those memories. With those brief moments devine, the intervals however were dark and violent. The fighting was continuous, it never stopped. The car chasing, the hitting, the screaming, the cops, fist fighting in the yard for all the neighbors to see. My mom would hang our skeletons in the yard for the town to take notice, and they did. In 7th grade, CPS came to my school and pulled me out of class with out warnings to my parents. They checked me for bruising and asked me if I knew where my private parts were. It was humiliating. I hated my mom for this. To be honest, the kids at school weren’t any better… In 5th grade I was called a FAG hourly it seemed, well depending on which boys were in which class. It was always the same though… Fag, Girl, Queer. If anyone was seen talking to me it meant that they too were also fags. So no one spoke to me. I was 10 when I had my first thoughts of suicide. I was 10 when I began to eat. I was 10 when I made my plan to die. Wes, my step-father, was the only one taking notice of this. I like to think he knew the secret that tortured me, sadly I’ll never no for sure. I do know that he came into my life at the exact moment I really needed him. In recovery we refer to that as, “God doing for us what we can’t do for ourselves.” Still, the fighting never stopped.

On my 14th birthday Wes died from a massive heart attack while I was at the movies, with my biological father. When I got to the hospital, my family was already there with what must have been a dozen people from AA. When my grandmother went to console me I ran to the bathroom and hid. I didn’t want anyone to see that I was laughing, I was laughing uncontrollably and could not stop! At the time I didn’t know why I was doing this. I felt terrible, but I couldn’t stop! I was so happy! It was over, all of it, the fighting, the screaming, the cops… Over.  I’ve never shared this with anyone, not even with my mother or closest friends. I still carry this shame around with me and have never truly morned his death. It haunts me. It wasn’t until last night that I remembered, then realized, that this was the beginning of my disease. I don’t have a conclusion for you… I just needed to share.