Carried feelings that are diagnosed or mis-diagnosed as psychiatric disorders. 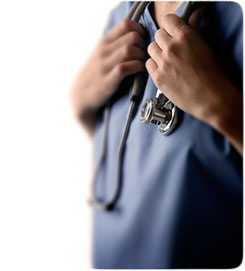 Pia Mellody has written extensively about Induced Feelings or Carried Feelings. This is the feeling energy that is absorbed by children in a dysfunctional family. When the parents or the Major Caregivers are unwilling to own or unconscious about their feelings, the children take that energy on. For example, if a mother rages, spewing anger all around, the child, because he/she is egocentric, believes that energy truly belongs to him/her and it is stored in the cellular memory of the body. If the caregiver is willing to take ownership, for example, the mother explains to the child that she is angry about a situation, but it has nothing to do with the child, then the child does not have to take on that energy. If a parent is critical, physically abusive or shaming of a child, the child will take on the energy of shame. If the father were to talk to the child about his/her behavior rather than attacking the child’s being, then the child has a choice about taking on the energy of shame. For example, if the father could tell the child that the behavior they have needs to be changed and it has nothing to do with a child’s worth or value, then the child would be less likely to take on the energy of shame. All too often, however, a child is told that they are a nuisance, bother, unacceptable, stupid, in-the-way, an idiot or unworthy.

Having worked in the field of Counseling since 1983, I have witnessed clients who have an overload of carried feelings that are diagnosed with a psychiatric disorder that leads to a plethora of medications and years of talk therapy that is not particularly helpful.

A person can glean the gifts of each feeling and can handle his/her own feelings; however, carried feelings are experienced as exaggerated (bigger than big), they are way out of proportion to the situation (they don’t make sense) and they won’t go away, no matter how much talk therapy they can do or afford.

When a person has carried anger, it is expressed either outwardly with fits of rage or internally with self-destructive behavior. This can be misdiagnosed as the irritable aspect of Bi-polar disorder or Intermittent Explosive Disorder.

A person who has carried guilt will have a sense of being “stuck” or paralyzed. They will be unable to move forward in life and carry a sense of emptiness. These individuals are often misdiagnosed with Dysthymia or Major Depression; or, they may receive a Personality Disorder Diagnosis.

At Shades of Hope, one of the major tasks is to assess a client’s carried feeling through examination of the Family of Origin. Then, once the carried feelings are identified the client is assisted, through an experiential process in “giving back” those carried feelings energetically .  . . essentially releasing them from the cellular memory. This process is called Shame and Anger Reduction.