Celebrity deaths due to Addiction: Part One 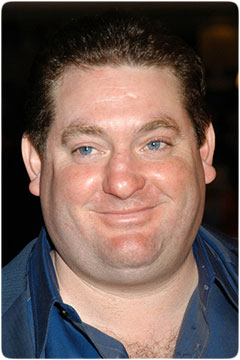 This 3-part series examines celebrity deaths due to addiction over the past decade. This is Part 1:

Celebrities are just like us. They might have bigger houses, better wardrobes and nicer toys; but, ultimately, they are human beings. They have feelings. They have pain. They have bad days. They have inner demons. They have addictions. They die. When a celebrity’s tragic death due to addiction makes the news, the only positive element is the awareness brought to the grave dangers and fatal consequences of addiction.

Even the brightest flames can be snuffed out prematurely. Over the past decade, there have been far too many celebrity lives claimed by addiction. Here is a chronological look back over some of the luminaries we have needlessly lost to substance abuse, alcoholism, prescription drug overdose and eating disorders:

Dana Plato (November 7, 1964 – May 8, 1999, age 34)
Actress Dana Plato, star of the hit 80’s sitcom “Diff’rent Strokes”, died of a prescription pain medication overdose in May 1999. While it was initially thought to be accidental, the coroner eventually ruled her death a suicide. Dana had multiple problems with addiction in her life – she abused alcohol and drugs during her years on her hit TV show. Dana went on to pose for Playboy and acted in a few B-movies including soft porn when she was not offered other roles. Finding herself out of work, Dana got a job at a dry cleaner in Las Vegas. She was arrested in 1992 for armed robbery of a Nevada video store. Legendary entertainer Wayne Newton bailed Dana out of jail. Later that month, she was arrested for forging Valium prescriptions and returned to jail for violating her 5 year probation. Dana eventually tried to make a comeback in Hollywood. Unfortunately, she died at 34 from her addictions before she made it back on any type of screen.

Oliver Reed (February 13, 1938 – May 2, 1999, age 61)
Actor Oliver Reed died while filming his role in the blockbuster Academy Award winning movie “Gladiator”. The actor was extremely intoxicated when he passed away from a heart attack at the age of 61 in May 1999. Oliver had a long history of alcoholism and heavy drinking. He was England’s highest paid actor in the ‘60’s. Hoping for a comeback in this blockbuster hit, the actor remained sober throughout the shooting of “Gladiator” but died in a pub when he allowed himself one last binge during a break in filming. He was posthumously nominated for a British Academy Award for Best Supporting Actor and a Screen Actors Guild award.

Rob Buck (August 1, 1958 – December 19, 2000, age 42)
10,000 Maniacs founding member and lead guitarist Rob Buck died in December 2000 from complications of liver failure due to alcoholism. Rob co-wrote many of the band’s most popular songs with Natalie Merchant. He was on tour in upstate New York when he was rushed to the hospital. Rob was 42 when he passed away.

Layne Staley (August 22, 1967 – April 5, 2002, age 34)
The lead singer of Alice in Chains, Layne Staley, died from a drug overdose in April 2002. The troubled singer battled a severe drug addiction throughout his life. Autopsy reports revealed that Layne died shortly after injecting himself with a “speedball” – a combination of heroin and cocaine. His decaying body was discovered in his Seattle home two weeks after his death. Layne was 34 when he died.

David Woodley (October 25, 1958 – May 4, 2003, age 44)
David Woodley, an NFL quarterback for the Miami Dolphins and Pittsburgh Steelers, died in May 2003 from complications related to alcoholism. David played college football for Louisiana State University and was inducted into the LSU Hall of Fame. At the time he took the Miami Dolphins to Super Bowl XVII, he was the youngest quarterback to start and play in a Super Bowl. David’s accelerated drinking and decline began when he abruptly retired from professional football. He received a liver transplant in 1992, but he continued to drink and live his life as a loner. David was 44 when he died from liver and kidney complications.

Robert Pastorelli (June 21, 1954 – March 8, 2004)
Actor Robert Pastorelli, best known for his quirky role as Eldin the house painter starring opposite Candice Bergen in the CBS hit sitcom “Murphy Brown”, died of a cocaine-heroin overdose in March 2004. He earned an Emmy nomination for his work on “Murphy Brown” before leaving the hit show to pursue other interests. Robert acted in various movies including the Academy Award winning film “Dances with Wolves” with Kevin Costner, “Sister Act 2” with Whoopi Goldberg and “Be Cool” with John Travolta. Robert was 49 when he was found dead next to drug paraphernalia in his Hollywood Hills home.

George Best (May 22, 1946 – November 25, 2005, age 59)
George Best played football (known as soccer here in the US) for Manchester United – a team made famous in America when superstar David Beckham joined their roster. British Prime Minister Tony Blair declared George Best “the most naturally gifted footballer of his generation, one of the greatest footballers the UK has ever produced”. GQ named George Best one of the 50 most stylish men of the past 50 years. He was one of the first celebrity football players. Unfortunately, his decadent lifestyle led to problems with alcohol abuse. His subsequent descent into alcoholism curtailed his career and led to this death from kidney failure in November 2005.

Chris Penn (October 10, 1965 – January 24, 2006, age 40)
Actor Chris Penn, the brother of Academy Award winner Sean Penn, was found dead in his home in January 2006. The coroner discovered morphine, Valium, marijuana, codeine and an antihistamine in his system. Chris Penn lived a life of excess. He binged on massive amounts of unhealthy foods and was known to be fond of heavy drinking as well as drugs. The actor was best known for his roles in the movies “Reservoir Dogs”, “Footloose”, “True Romance” and Robert Altman’s “Short Cuts”. He appeared in over 60 film and television roles in two decades. Chris was 40 when he died in his Santa Monica home from a heart attack.

Next Week: Part 2 continues our chronological list of celebrities dead due to addiction over the past decade. The tragic list includes supermodels lost to anorexia and an aristocrat whose drug abuse proved fatal.