How Bullying Leads to Eating Disorders 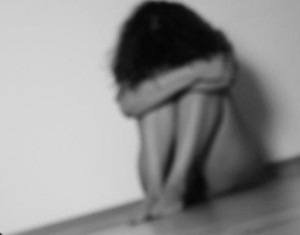 The harmful effects of bullying are widely recognized. The victim often feels powerless, fearful, and can be led to believe something is wrong with them, even long after the harassment occurs. Another type of damage that is only just now coming to light is the potential for bullying to lead to eating disorders.

According to UK charity, Beat, a recent study of 600 people in the UK showed that a staggering 90 percent of respondents were all bullied at some point in their lives. Further, more than 75 percent of individuals suffering from an eating disorder name bullying as one of the major causes.

Susan Ringwood, chief executive for Beat, had this to say about the study: “Bullying undermines young peoples’ self-confidence and lowers their self-esteem, raising the risk of eating disorders. Eating disorders are complex with no single cause but bullying is a significant factor for too many people.”

One of those who responded to the survey, a 23-year-old-man, recalled his experiences as a victim of bullying and, eventually, an eating disorder sufferer: “I only had one friend in high school, but even he bullied me when the others were around. A lot of my classmates didn’t want to associate with me in case they got picked on too. As the bullying grew worse and more kids joined in, I would run out of lessons to escape the abuse. I hid in the boy’s toilets where I knew I wouldn’t be found. There I would comfort eat to ease the tension and anxiety that had built up inside me throughout the day and I began to make myself sick. Over time, it developed into bulimia and it took me many years to recover.”

Individuals who are bullied may turn to unhealthy eating habits in an effort to manage their stress or take control of their lives. Others simply find solace in this type of negative relationship with food, increasing the chances of an eating disorder. “Anorexia became my friend — it gave me comfort and separated me from the scary world of socializing — I didn’t have anything else on my mind,” said one respondent in the Beat survey. “I am now recovering but am still exceptionally controlled and rigid around mealtimes.”

Bullying must be taken seriously, whether in schools or in the workplace. “Any increase in bullying is very worrying, especially when such young people are involved,” Ringwood said. “We know how important it is for young people’s concerns about bullying to be taken seriously and sorted out quickly. Schools need to make sure their anti-bullying policies are effective and used — and not just a dusty document on a shelf.”

According to StopBullying.gov, some signs a child may be being bullied include:

Regardless of how deep or far reaching the effects of bullying are, one thing is clear: it has to stop. If you suspect your child is being bullied, don’t ignore the signs. Seek help from school administrators and counselors. Talk to your child about the bullying. Enforce a zero-tolerance policy at home, and seek the same actions from your child’s school. For more helpful resources on combating bullying, visit StopBullying.gov.