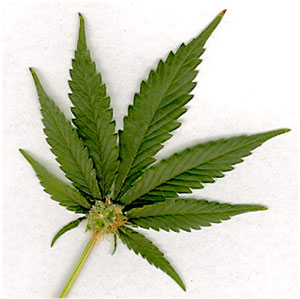 According to the National Institutes of Health, marijuana is the most commonly used illicit drug in the United States. Marijuana is generally depicted as harmless in popular movies and television shows. Movies like “Harold and Kumar” and the Showtime series “Weeds” along with HBO’s series “Sex and the City” trivialize marijuana use. Marijuana is far from harmless. The marijuana available today is five times more potent than the marijuana that was available in the 1970’s. This more potent modern form is more likely to lead to addiction as it creates a stronger high. Studies clearly demonstrate that marijuana can cause problems in daily life or make existing problems worse – only the user is under the illusion they are in a protective cloud while high. Smoking marijuana has been linked to lung cancer and chronic obstructive lung disease along with other serious illnesses. Furthermore, research shows that marijuana use can have lifelong detrimental effects on the brain.

Marijuana is usually smoked as a cigarette, commonly referred to as a “joint”, or smoked in a pipe or bong. A “blunt” is a cigarette or cigar that has been emptied of its original contents and replaced with marijuana. Marijuana smoke has a distinctive, pungent smell. Marijuana can also be mixed with food or brewed as a tea. Marijuana, or “pot”, is a dry, shredded green and brown mix of flowers, stems, seeds and leaves derived from the hemp plant Cannabis Sativaz. The active ingredient in marijuana is THC (delta-9-tetrahydrocannabinol). THC rapidly passes from the lungs into the bloodstream, which carries it to every organ including the brain. Pot smokers inhale more deeply and hold their breath longer than cigarette smokers – exposing their lungs to carcinogenic (cancer-causing) agents for extended periods of time.

Due to the drug’s effects on the body’s central nervous system, the primary effects of marijuana are behavioral. Smoking or ingesting pot is popular because it creates feelings of euphoria and relaxation along with increased visual, auditory, and taste perceptions that may occur with low-to-moderate doses. Most users also report an increase in their appetite also known as “the munchies”. These effects are usually the ones highlighted in television shows and movies that depict marijuana as a “fun” or benign drug. However, marijuana use has plenty of unpleasant short-term effects as well as adverse long-term consequences.

Marijuana use causes impaired coordination, distorted perception, diminished vision, disorientation, difficulty in thinking and muddled problem solving. Time perception is affected as well. Pot smoking can also cause problems with learning and memory as it decreases the ability to concentrate and limits attention span. Research shows that marijuana’s adverse impact on learning and memory can last for days or weeks after the acute high of the drug wears off. Consequently, people who smoke pot every day may be constantly functioning at a suboptimal intellectual level. In addition, some people who use marijuana experience extreme paranoia along with severe anxiety.

Regular marijuana use can lead to abuse, dependence and addiction. Upon withdrawal, users experience anxiety, insomnia, irritability, decreased appetite, nausea and cravings for the drug. Many automobile accidents, crimes, emergency room admissions, academic underachievement and poor job performances have been attributed to marijuana abuse. Those who are addicted to marijuana continue to seek it out and use it despite negative personal and social consequences.

If you feel you or a loved one has a problem with marijuana abuse or addiction, please do not hesitate to call Shades of Hope for a free private consultation.