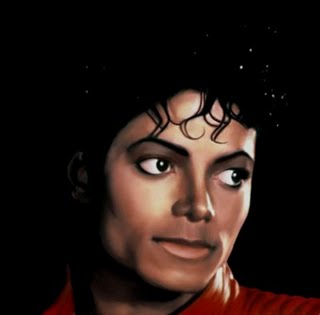 Michael Jackson seemingly had everything in the world he could ever want. He was outrageously talented, highly successful & wildly famous. The man invented the moonwalk, a unique dance move that has been copied both successfully & unsuccessfully all over the globe. It’s hard to believe a man like that had problems, but as more news surfaces daily about the circumstances surrounding his death & problems in his life – it is clear this was a man in pain. It is patently obvious Michael Jackson chose to medicate his pain rather than address the core issues causing his pain. This was a man who did not like what he saw in the mirror.

In 1984 while filming a Pepsi commercial, Michael Jackson experienced a painful injury during a pyrotechnical glitch. As a result of this accident, MJ suffered painful second & third degree burns on his scalp. Many speculate this traumatic injury was his entrée into the world of prescription painkillers, drug use & abuse. Michael Jackson had a myriad of addictions & psychological issues – some were real while others were made up by a frenzied media. Sadly, due to Michael Jackson’s death, we will never know fact from fiction. Many close to Michael Jackson reported he suffered from anorexia nervosa[1] & was prone to stress-related panic attacks leading him to collapse during various rehearsals on stage.[2] On the Oprah show, MJ admitted to being a victim of childhood abuse & experiencing extreme bouts of loneliness.[3] MJ’s addiction to plastic surgery due to body dysmorphic disorder[4] was widely reported in the tabloids & news. Some close to him, including Dr. Deepak Chopra, felt MJ’s addiction to plastic surgery was a form of self-mutilation.[5] MJ’s co-occurring addictions are not surprising to those in the field. While he was able to bring so much joy to the world, Michael Jackson did not seem to have the healthy coping tools to experience that same joy within his own life. Sadly, Michael Jackson’s self-medication through multiple addictions & failure to receive adequate professional help might have led to his untimely death.

Michael Jackson publicly admitted to battling addictions to Valium, Ativan & painkillers[6]. It has been widely reported that MJ was addicted to the painkillers Demerol & Oxycontin[7] along with the anti-anxiety pill Xanax & antidepressant Zoloft at the time of his death[8]. MJ was also given intravenous shots of Propofol[9], a potent anesthetic used in controlled medical settings by trained anesthesiologists to sedate patients for surgery.

During his memorial service, Michael Jackson’s favorite song was revealed to be “Smile”. Listening to the heartbreaking lyrics of the song, many addicts can relate – put on an act for the outside world to conceal the pain & turmoil inside.

Due to unresolved addictions, children lost a father, siblings lost a brother, parents lost a son, many lost a friend & the world lost an icon.

We at Shades of Hope send our condolences to the Jackson family & wish Michael the peace in death he could not find in life.