Orthorexia Nervosa: Is Your Diet Too Healthy? 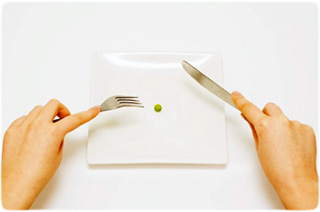 Orthorexia is an eating disorder characterized by an obsessive focus on eating healthy foods. In a nation with too many overweight and obese people, orthorexia can simply look like healthy eating to an outside observer. The problem is that orthorexics are so restrictive in their healthy food habits that they refuse to eat anything they consider unhealthy or impure even when presented with no alternatives. Those with orthorexia prefer not to eat versus polluting their bodies with unhealthy options. By cutting out too many foods, orthorexics face nutritional deficiencies, malnutrition and in severe cases death.

Unlike those with anorexia or bulimia, orthorexics are not concerned with losing weight – their main focus is the food they are consuming. This difference in goals is an important distinction in diagnosis. Dr. Steven Bratman, the physician who coined the term “orthorexia nervosa” in 1997, said orthorexia is a “disease disguised as virtue”. Orthorexics practice rigid ritualistic healthy eating in the pursuit of keeping their bodies pure. Popular diets like the Zone diet, Atkins diet, South Beach diet and macrobiotic diet regimes have made quirky eating habits perfectly acceptable in modern society. Hence, orthorexic behavior goes largely unnoticed.

Some experts feel orthorexia is the result of a generation of overly zealous parents wrapped up in restrictive diets limiting the consumption of processed foods, preservatives, pesticides, artificial coloring, simple carbohydrates, trans fats and sugar. Some think orthorexia is the outcome of popular diets and diet gurus labeling whole food categories as “good” or “bad” causing devotees to eliminate entire food groups in an attempt to eat healthy. Some think people become orthorexic by following strict dietary regimes in search of a cure or prevention for various illnesses such as cancer. Other experts believe some people take sound diet advice and twist it into extreme behavior. Normally, eating healthy foods is not a problem; a healthy diet becomes dangerous when it manifests into a crippling fixation. An obsession with healthy eating can progress to the point where it overtakes other activities, impairs relationships and becomes physically dangerous.

Symptoms of orthorexia include the following:

Treating orthorexia nervosa can be challenging as orthorexics don’t think they have a problem. Those with orthorexia believe other people are not concerned enough about the food they put in their bodies. Due to their adherence to rigid dietary rules and regimens, many orthorexics feel superior, virtuous and purer than others. Orthorexia can start out as following simple healthy eating habits that spiral out of control. This dangerous path leads to disordered thinking, restrictive behavior and psychological torment.