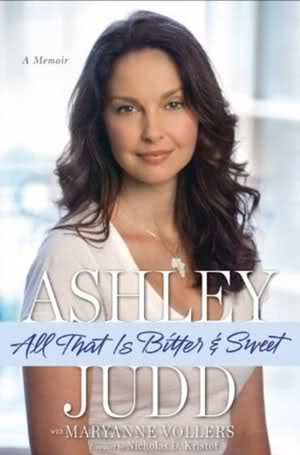 Ask yourself, “What are you contributing to the group?” – Ashley Judd

Several weeks ago, I had the great pleasure of having Sunday lunch with The McCarty family and Ashley Judd. Now, I have worked with A LOT of celebrities… they’re all the same, and all that IT implies. When Karen asked if I wanted to have lunch with her and the family I was delighted! “Of course, I’m hungry!”, I replied. Then she came back at me with, “Oh, and Ashley Judd will be there, but you won’t care because you worked in Hollywood.”  I just smiled and said, “Great.”  Inside….  “Gurl, did you just say Ashley Judd?!”  I almost wet the pew and when service was over I  had to call my Mama.  I’m embarrassed to admit this but,  hey,  its an honest program.

When I was in high school during the 90’s, my top three girls were; Alicia Silverstone, Sandra Bullock, and you guessed it… Ashley Judd. I had to tell myself repeatedly, “Brock, what ever you do, don’t stare and do not, do not tell her you used a magazine cut out of her for a school art project.” I wanted to know about Sandra, I wanted to know about Matt, I wanted to know what the make-up department used to make them so dang sweaty in, A Time to Kill?!” I hadn’t been star struck in a long time, it was cute.

After the pleasantries of introductions, ordering, and tea, we settled into or places and began to chat. Of course, the topic was recovery. Ashley, began to share her thoughts about AA, Al-anon and the like. I was in awe of her natural sophistication and knowledge of recovery. I’ve never before heard a celebrity speak like that. She was smart, no offense to the Hollywood elite. It really was like this interview on, Today. Also, if you ever go to Perini Ranch in Buffalo Gap… order the Strawberry Shortcake.