Night Eating Syndrome has recently gained increased attention, as doctors are recognizing its connection to obesity. Night Eating Syndrome (NES) is a type of food addiction defined by an unusual eating pattern in which an individual gets more than half of their daily caloric intake after 8pm. An individual suffering from NES will eat a large meal after dinner and awake several times during the night to snack.

It is thought that NES affects more people than anorexia nervosa – another common eating disorder. An estimated 33 percent of morbidly obese individuals (more than 100 pounds overweight) are thought to suffer from NES. People who suffer from this type of food addiction will tend to have little or no appetite for breakfast. NES can also cause feelings of guilt, tension and anxiety while eating. Individuals with Night Eating Syndrome have higher rates of clinical depression and daytime stress. 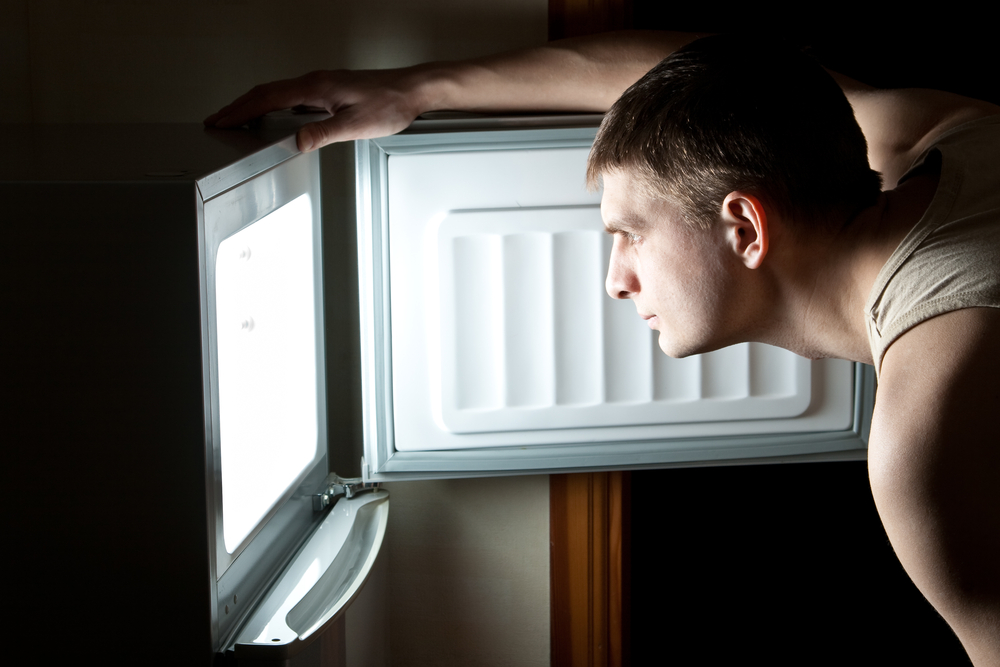 Night eating is different from binge eating in that individuals with NES typically eat “snacks” rather than large amounts of food. Additionally, there is no counter act, such as purging, with NES.

Why do people night eat?

Night eaters mostly crave sugar and carbohydrates. When they consume these foods, the body produces serotonin, which causes sleepiness. Night eating may be a way of self-medicating for an inability to sleep or other depression and anxiety disorders.
Night eating syndrome may also be genetic as the genes that regulate the normal circadian rhythm (sleep rhythm) can be inherited.

How is night eating treated?

Stress management and lifestyle changes including limiting caffeine and alcohol intake may help reduce night cravings and eating habits. Medications including serotonin and topiramate have been studied as treatments for Night Eating Syndrome. Establishing a normal schedule, getting proper sleep, counseling education and limiting other activities that may affect sleep can also help curb the syndrome.

If you or someone you love suffers from Night Eating Syndrome, consult with your physician or a counselor immediately. NES can cause significant weight gain, which lead to myriad other health problems.